The Commission on Foreign Investments Monitoring of the Russian Government has granted permission to Saudi investors to acquire a 20.5% stake in Novomet, a leading Russian artificial lift equipment manufacturer, said Igor Artemyev, head of the Federal Antimonopoly Service (FAS) of the Russian Federation. The Russian Direct Investment Fund (RDIF) will acquire a 10.2% stake in the company.

Earlier this year Saudi Energy Minister Khalid Al-Falih announced that Saudi Aramco, a Saudi state-run oil company, may purchase a share in Novomet. In December 2018 Kirill Dmitriev, the CEO of the Russian Direct Investment Fund, said that Saudi Aramco and Novomet had “finalised the parameters of the deal”, which would see Saudi investments in one of the leading Russian oilfield services (OFS) equipment providers. Saudi Aramco also planned to purchase pumping systems produced by Novomet. In June 2018 the CEO of Novomet-Perm Maxim Perelman said that RDIF, Public Investment Fund (PIF) of Saudi Arabia and Saudi Aramco plan to acquire 30.76% share, which is currently controlled by the Russian state-run venture capital fund Rosnano. 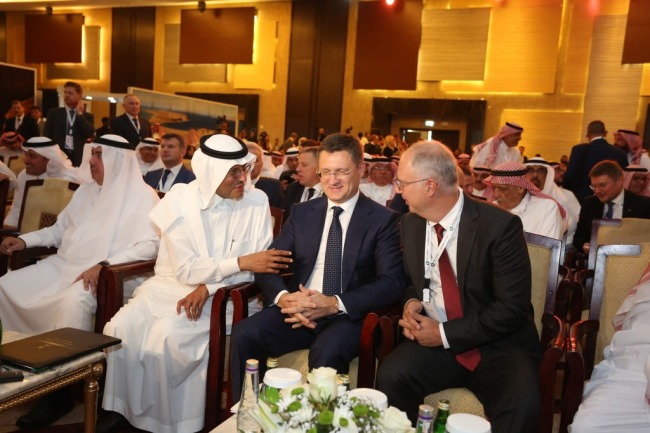 In January 2017 Halliburton, an American oil service company, applied for the Russian Federal Antimonopoly Service’s (FAS) permission to acquire 100% stake in Novomet. However, one year later it was announced that a $1 billion worth deal had been cancelled. The reason for the cancellation has never been disclosed but it was most likely caused by the position of the Russian government, which was resistant to the idea of selling such an important asset to an American company because of the technological sanctions imposed by the U.S. on the Russian oil and gas sector.

At the same time, today Saudi Arabia is considered by the Russian government as a more reliable business partner, so the Commission on Foreign Investments Monitoring has approved the sale of this strategic asset to Saudi investors. Both Saudi Arabia and Russia currently face a problem of declining oil production on mature oilfields, so technologies for enhanced oil recovery, including artificial lift equipment, become vital for maintaining stable oil production and thus leading positions of both countries in the international oil markets.

Established in 1991, Novomet is the leading Russian manufacturer of artificial lift equipment, first of all, ESP systems. Its product line includes pumps, motors, protectors, VSDs (variable speed drives), and sensors, as well as a great number of custom-made auxiliaries for specific and complex wells. According to Rosnano, in 2016 Novomet’s market share in the artificial lift equipment market was 20% (2nd) in Russia and 2.3% (7th) worldwide. Around 60% of Novomet is controlled by the company’s senior management team, 30.76% belongs to Rosnano, and minor shares are controlled by the Russian investment and private equity funds Baring Vostok and Russia Partners.